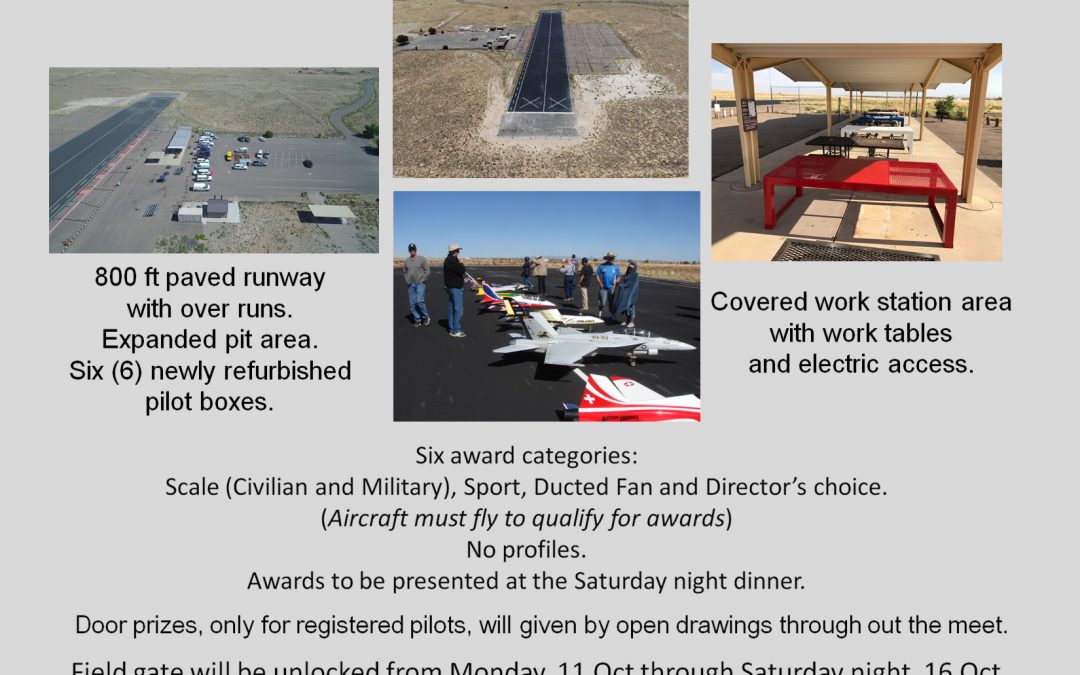 Great News. The Albuquerque Radio Control Club is hosting a Jet fly in. They did this two years ago and had a blast. Last year was cancelled because of the virus. BOO. So, the event is back this year. Come out to Albuquerque and fly your jets or, just come and watch. It will be fun. 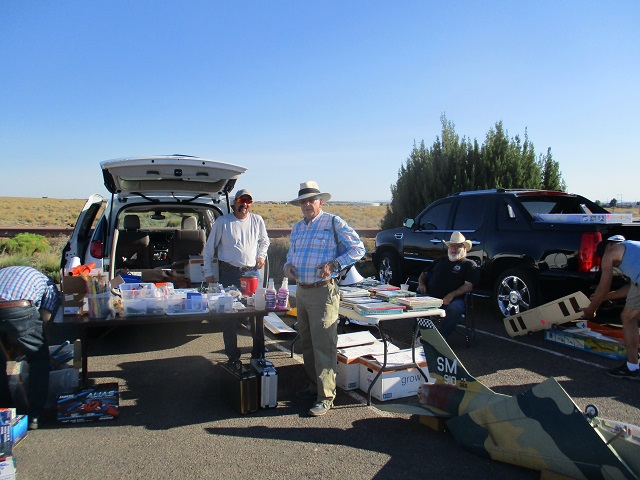 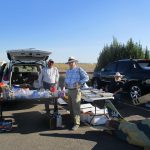 Treasure. Today I was at the ARCC swap meet in Albuquerque. Les Beason was the man in charge and did a great job. There was lots of treasure to be had. A bunch of sellers showed up and soon the buyer or lookers were on hand to get a deal. Les has a Balsa USA DH4 that was built by Mr. Adams. It is an outstanding plane. He tried and tried to sell it. I might end up with it, have no idea where to put it.

The weather was hot. It got hotter before we left. It is always fun to come to these events. The knowledge from some of the older old timers is priceless.

Join a local club, join the AMA and go fly something. Got this from the Rio Rancho Radio Control Club.

Don McClelland
Secretary Rio Rancho RC Flyers
July 4th, Rio Rancho RC Fliers held their annual Family Day. The club hosts this event and invites Rio Rancho RC Families, families of people living near the field and the Mayor of Rio Rancho, NM. This year we had 36 people attending the vent and were served a great BBQ of Burgers, Dogs and all the Fixins’. Greg Hull the Mayor of Rio Rancho stopped out to visit, had a Dog and some great conversations with almost everyone in attendance.  Greg is a hands on Mayor who loves visiting with the electorate in the city and this was no exception. Food was provided by Rio Rancho RC, cooking by Don McClelland and Ken French ! ! Dons’ wife Ruth has been doing the shopping for Family Day since 2014 which was the starting year for this club event. The club held a raffle with quite a number of planes as prizes ! ! Rio Rancho Radio Control Club( RRRCC) held their swap meet June 19th. There was plenty of treasure to be had. Don McClelland, club president was the man in charge. He did great. The weather was nice and cool. The turn out was really great. I was glad to be there. Howard and I got a little lost on the way. Any farther and we may have had to get a work visa. I don’t know how much was traded or sold. The main thing to me was getting together and talking airplanes. After all, that’s what we do best.

Join a club and the AMA and go build something. Just another day at Maloof airfield in Albuquerque. 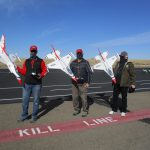 Greetings from sunny warm Albuquerque. The winds were light and the sun was shinning. There a good group of flyers out this morning. Tim, Paul and Baylor came down from Farmington NM to maiden a few planes. While I was there , Tim flew 2 of the 4 planes he brought to maiden. He did very well. The planes did what he wanted and stayed in on piece. Mark, Marlin, and Norm did some formation flying with their jets. They did a great job. With all 3 planes being the same, you had to watch real close to make sure you were flying your plane.  Sure looked like a lot of fun. This was a pretty normal day here in Albuquerque for this time of year. It was a good day of flying and hanger talk. You can learn a lot listening to some of these guys. Go out to your local field, join a club and the AMA and get to flying.   Brian Regan AMA District VIII NM AVP 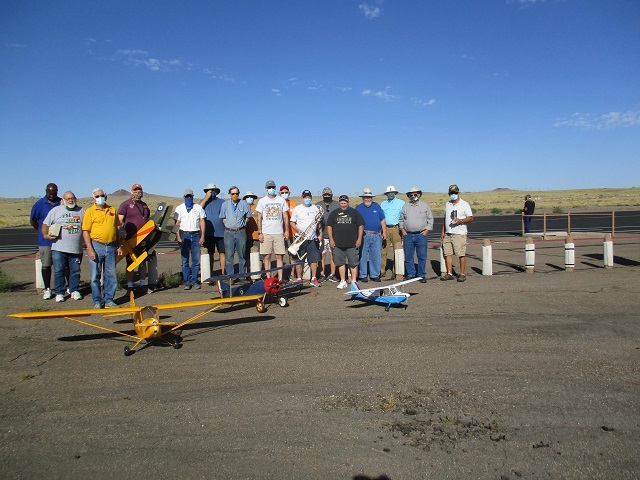 ARCC Club Meeting at the field Howdy from sunny Albuquerque. Last summer ARCC got together for a club meeting and auction. The auction was for Stan Johnson’s son. He was sick and needed some help. The club members brought some planes out and we auctioned them off. After all was said and done, we raised 3 or 4 hundred dollars.

This is one reason to join a club. A good club becomes like family. A place to go and learn new stuff about planes and to help others in need. You can’t get that flying by yourself. So join your local club and the AMA.

Some time after this meeting Stan’s son passed away. I watched this young man grow up. He was a good man. Mark will be missed by all who knew him.

2021 is gearing up to be a full calendar of events throughout our region. I hope to travel more this year and attend more events. Please send me your flyer so I can get it on our district website. Closer to home Pampa is looking at having a Swap Meet March 6th, IMAC in May and a Fun Fly in July. ARKS is having a Fun Fly May 22-23 and a Warbird/Classics Day September 18-19.

On November 16, 2019 Alvin RC Model Airplane Association held its annual charity fundraiser at its field in Alvin, TX. The club had planned a fun fly for the previous week which had to be canceled due to wet field conditions. Due to the many items donated for sale at the fundraiser Alvin RC decided to hold a simple event consisting of sale of items through silent auction, priced “garage sale” items, several tables were set up with donated items where attendees could simply take what they wanted and donate based on their conscience and of course simple donations were accepted also.

Even though weather conditions were poor and attendance was not what the club hoped the event was a success and generated $2,150 in donations. The money donated was used to purchase gift cards which were given to the Brazoria County Sheriff’s Department. The Sheriff’s Deputies then distribute the cards to less fortunate individuals/families in the county.

This has really turned into a great way to work with the Sheriff’s Department to support local folks at Christmas time. Thanks to everyone that donated and helped make the event a success.